Klara has $N$ dices with letters written on them. Each die has a letter on each of its $K$ sides. By throwing the dice and rearranging them in some arbitrary order, you can make construct a word with $N$ letters.

Write a program to count the number of valid words that can be constructed using Klara’s dice. You will get a wordlist, that contains all the $M$ valid $N$-letter words. 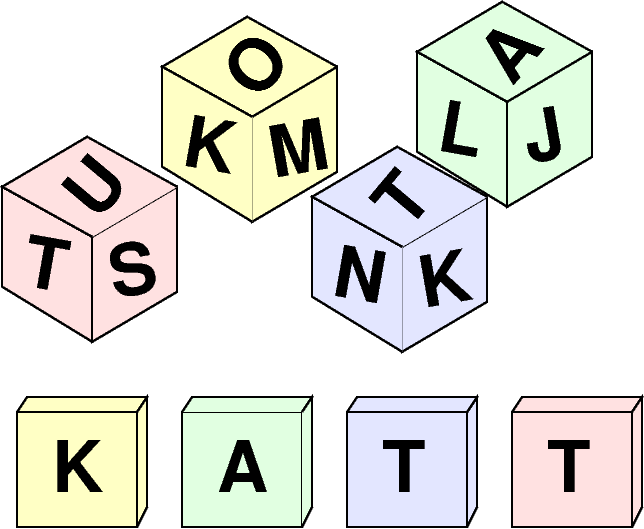 Figure 1: An illustration of the first example. Since $K = 3$, each die has three sides. You can also write STOL and MASK, but not NATT or KOST.

The next $N$ lines each describe a die. Line $i$ will contain $K$ letters, the letters on the sides of the $i$:th die.

Finally, there will be $M$ lines, the valid words. Each line will contain an $N$-letter word.

All words will only capital letters A-Z.

No letter will appear on more than one side of a die.

Your program should print a single integer: the number of valid words that can be written.

Your solution will be tested on a number of test case groups. To get points for a group you have to solve all the test cases in that group.